Statement of Commission of Refugees and Asylum seekers of

To The Office Of The Spokesperson For The UN Secretary-General (His Excellency: Stéphane Dujarric) & UNHR- Office Of The Commissioner OHCHR (His Excellency: Palais Wilson)
As the United Nations General Assembly adopted and article on December 18, 1990, calling for and amplifying the need for the protection of the rights of all refugees and their families around the world.

Today, December 18th 2020, assumed as “International Day of Migration”, commemorates refugees and asylum seekers around the world, and calls for the protection of their rights. On this day, according to the United Nations sources involved, “According to the latest estimates of the 2019 latest UN report, there are 272 million refugees worldwide, of which 41 million are internally displaced folks and families.” https://www.un.org/en/sections/issues-depth/migration/index.html ”, their rights and problems are discussed and voices are raised. It is worth noting that according to the United Nations (UN), the number of international migrants has increased by 51 million in total, compare to the estimate reported in year 2010.

The Commission for Refugees and Asylum Seekers – of Afghan Diaspora Unity Council – also held a meeting with members of the Commission today in honour of this International Day, to discuss the general problems and issues of refugees a general reference was made to the overall objectives of the Commission and the programs it has undertaken. 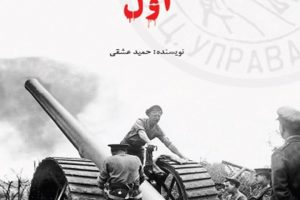 Your email is safe with us.

We'd like to meet you. Find out how, where and when we can meet Join us